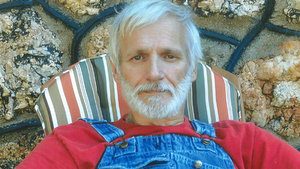 Funeral services for Bob Aborn, 60, West Plains, Missouri, will be held at 10:00 a.m., Saturday, September 8, 2018 in the Rose Chapel, Robertson-Drago Funeral Home.
Mr. Aborn died 8:57 p.m., Saturday, September 1, 2018 in Ozarks Medical Center. He was born November 29, 1957 at West Plains, Missouri to Robert Leroy Aborn and Lorene Hicks Aborn. Bob was a long time member of the Calvary Pentecostal Tabernacle; Bob Loved God, his family and his many friends. Bob worked many years for Hick’s Body Shop; he really enjoyed his work and loved his co-workers. He enjoyed the outdoors and spent many nights in his camping cabin with his brother, his brother-in-law and his nephew. He enjoyed hunting and fishing. After becoming disabled, he began to study photography; he became a self taught professional and his pictures won him several first place ribbons and best of show at the local fair.
He is survived by his sister, Patricia Knox, Springfield, Missouri; his nephew, Jason Knox, Springfield, Missouri; his great niece, Alison Knox, Springfield, Missouri; many cousins; and many friends.
His parents, his brother, Charles Lee Aborn and his brother-in-law, John Knox, preceded him in death.
Visitation will be from 6:00 until 8:00 p.m., Friday, September 7th, at Robertson-Drago Funeral Home. Burial will be in the Oak Lawn Cemetery. Memorial contributions may be made to St. Judes Children’s Hospital and left at Robertson-Drago Funeral Home.