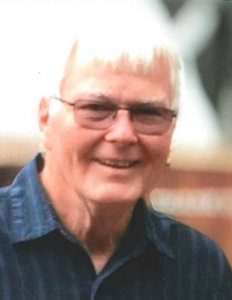 A celebration of life service for Lee Allen Taylor, 77, West Plains, Missouri, will be held at 2:00 p.m., Saturday, February 9, 2019 in the Rose Chapel of Robertson-Drago Funeral Home.

He was born January 28, 1942, at Hutchinson, Kansas, to Melvin E. Taylor and Mildred Romance McCoy Taylor.  On February 20, 1990, he was married at Garden City, Kansas, to Selma J. Blain.  Mr. Taylor was a veteran, having served with the United States Army.  He went through boot camp at Fort Leonard Wood, Missouri.  Mr. Taylor became a resident of West Plains in 2010.  He enjoyed watching movies, woodworking, fishing, outdoor activities such as bird watching and had a love for animals.  He was an NFL football fan and loved to travel.  Mr. Taylor was a Christian from an early age and was baptized at the Brethren Church, Garden City, Kansas.

He is survived by his wife, Selma Taylor, of the family home and four children, Shaun, Shannon, Kristina and Christie; thirteen grandchildren; one brother, Melvin Taylor, II and wife, Jeanette; and seven nieces and nephews.

His parents, one brother, Emmerson ” Pat” McMullen, one sister, Dixie Allen and one grandson, Chandler James Metzler preceded him in death.

Memorial contributions may be made to St. Jude’s Children’s Research Hospital or Shriners Hospitals for Children and may be left at Robertson-Drago Funeral Home.