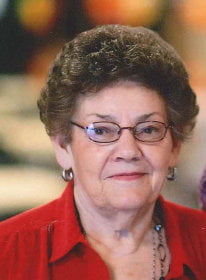 Mrs. Spence died 5:25 a.m., Saturday, May 5, 2018 at NHC HealthCare, West Plains.  She was born February 15, 1932 at Sage, Arkansas the daughter of P. E. Womack and Maude Taylor Womack.  On July 22, 1949, she was married at Salem, Arkansas to J. T. (Jack) Dawson who preceded her in death on September 22, 2004.    On October 25, 2006, she was married at West Plains, Missouri to George Bryan Spence.  Before her retirement, Mrs. Spence had been employed at Eaton Corporation for twenty-five years.  She enjoyed cooking for her friends and family and was a loving wife, mother, grandmother and loved all of her family.  Mrs. Spence had been a long time member of the First General Baptist Church of West Plains.

Her parents, first husband, Jack; four brothers and one sister, precede her in death.