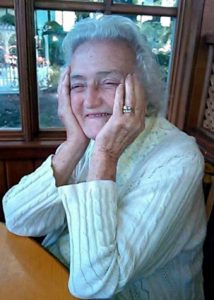 She was born December 17, 1939, at Liberal, Kansas, to Frank Barney Owens and Mary Catherine Brown Owens.  In 1947, she was married at Salem, Arkansas, to Harry Earl Miller, who preceded her in death on September 20, 1985.  On December 20, 1996, she was married at Peace Valley, Missouri, to Stacy Paul Leach, who preceded her in death on September 12, 2002.  She loved to cook and bake; every Sunday before her family would eat, she would make plates for friends and neighbors that were shut-ins.  Bertha loved to quilt, crochet, Bible study and old hymns.