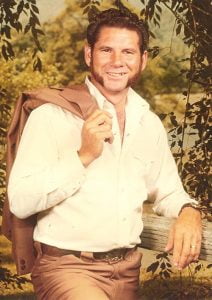 Mr. Hughes went home to be with his Lord and Savior at 6:00 p.m., Tuesday, September 24, 2019 at Mercy  Hospital, Springfield, Missouri.  He was born February 20, 1940 at LaBlanco, Texas the son of Everett Coleman Hughes and Sarah Mogford Hughes.  On August 13, 1959, he was married at Big Lake, Texas to the love of his life, Wilma Lee Bertran.  They were married fifty-one years.  Howard loved his children, grandchildren and great-grandchildren and they called him Bobo.  He loved gardening and the outdoors. He was a loving father and one of the hardest working men you would ever meet.  He was the rock and fortress to his family and will be greatly missed.  He loved studying the Bible and talking about the Lord.  Mr. Hughes worked in the oil fields in his younger years and was an over the road truck driver until his retirement.