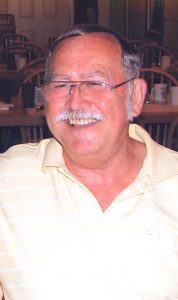 Mr. Phillips died 3:10 p.m., Wednesday, September 25, 2019 at West Vue Nursing Center.  He was born May 29, 1942 at Thayer, Missouri to Elbert Pershing Phillips and Golda Cozetta Dawson Philips. Mr. Phillips graduated from Thayer High School with the Class of 1960 and on May 20, 2000, was married at Salem, Arkansas to Rose Edler.  He was a veteran having served with the United States Air Force.  Mr. Phillips had been a maintenance worker in the oil fields and was the owner and operator of the Hill Top Store at Lanton, Missouri.  He enjoyed fishing, squirrel hunting, woodworking and was a jack of all trades.  Mr. Phillips was a Christian.

His parents, one brother, Olan “Gary” Phillips and one sister, Rhonda Lunn, preceded him in death.

Memorial contributions may be made to the American Heart Association and may be left at Robertson-Drago Funeral Home.