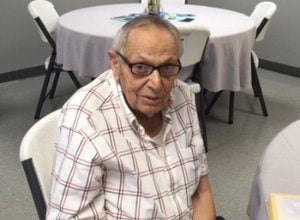 Mr. Smith died 6:00 a.m., Friday, September 2, 2016 at his home. He was born July 14, 1925 at Peace Valley, Missouri to Frank Arthur Smith and Ether Fannie Bennett Smith. He graduated from the Peace Valley High School and on September 5, 1945 was married at Peace Valley, Missouri to Dorothy Evelyn Payne who preceded him in death on July 24, 2010. Mr. Smith was a veteran of the United States Army having served during World War II in the Occupation of Japan. He was a well known beef and dairy farmer in the Peace Valley area. Mr. Smith was a licensed auctioneer; he loved to play baseball and basketball and enjoyed hunting, fishing and frogging. Also, he enjoyed singing at the area nursing homes. Mr. Smith was a member of the Assembly of God Church.