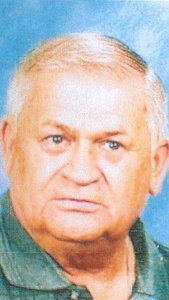 Mr. Bethel died 7:37 a.m., Tuesday, July 17, 2018 at his home in West Plains.  He was born December 22, 1936 at Bristow, Oklahoma to Arley Bethel and Maggie Little Bethel.  On February 9, 1957, Mr. Bethel was married at Mountain Grove, Missouri to Fern Whitbey.  He was a former businessman and before his retirement, he had managed the Richards Brothers Dry Goods and Sporting Goods for twenty-seven years.  Mr. Bethel served his community for many years having been a member of the West Plains Downtown Association, West Plains Chamber of Commerce and the Industrial Development Corporation.  He was an avid stamp collector, enjoyed doing yard work and loved his children and grandchildren. Mr. Bethel was a member of the First Baptist Church of West Plains.

His parents and three brothers, Eugene, Lloyd and Eddie, preceded him in death.