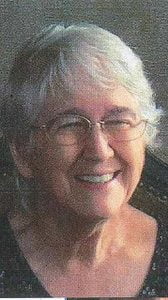 She was born March 16, 1937, at Kansas City, Kansas, to Michael Bryan and Evelyn Pinnick Bryan. On June 2, 1957, she was married at Milan, Missouri, to Leroy Erzinger. Mrs. Erzinger was a teacher and earned her college degrees from Southwest Baptist College in 1957 and Grand Canyon Baptist College in 1959. She was a loving wife and mother and enjoyed life and spending time with her children. Mrs. Erzinger was a Christian.

Her parents, and one brother, preceded her in death.