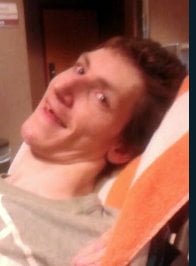 Graveside services for Robert Neal Coble, 33, Willow Springs, Missouri, will be held at 2:00 p.m., Friday, September 2, 2016 at the Dripping Springs Cemetery near West Plains under the direction of Robertson-Drago Funeral Home.

Robert died at 7:35 a.m., Monday, August 29, 2016 at the University of Missouri Hospital, Columbia, Missouri.  He was born June 24, 1983 at Chickasha, Oklahoma to Gloria Ann Coble Hunter. Robert graduated from the Ozark Horizon State School in 2004; he enjoyed fishing, being out of doors, taking car rides and spending time with his family.

His grandparents, Oren and Barbara Coble and his niece, Rylee Collins, precede him in death.

Memorial contributions may be made to the Family and left at Robertson-Drago Funeral Home.